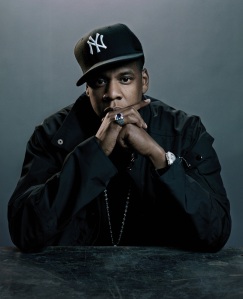 This man has problems.

In his song “99 Problems,” Jay Z famously proclaims “I got 99 problems but a bitch ain’t one.” He talks about a couple incidents he’s had before. The issue here (or you might even say, the “problem”) is that the chorus uses the present tense while most of the problems he brings up are problems he has had in the past. So what are the 99 problems he has? I’ve thought about this for a long time and I think I’ve figured it out. There’s a lot to cover so I will split this up over a few posts across a span of time.

1. He’s having trouble coming up with album titles that don’t involve the words “The Blueprint” in them.

2. Beyonce clearly hates him and all other men in the world (this doesn’t constitute as “girl trouble” because Beyonce is not a girl, she is Sasha Fierce).

3. He’s having writers block writing the sequel to his biography “Decoded.”

4. No one wants to publish a sequel to “Decoded.”

5. His new line of fragrance for men called “Dirt Off Your Shoulder” is failing in test groups with repeated comments saying “it smells like dirt.”

6. Rihanna wants to branch out and work with other rappers.

7. He keeps losing count when trying to count his money.

8. Jehovah is mad that he calls himself “Hova,” citing copyright claims.

9. He still feels hurt for Nicki Minaj totally outdoing him with her verse on “Monster.”

10. He was banking on being Donald Trump’s VP candidate.

11. His new line of fragrance for women called “Izzo” is failing in test groups with repeated comments saying “it smells like Seagrams wine coolers and bro sweat.”

12. The patent office rejected his application to obtain rights to the phrases “uh huh, uh huh.”

13. Soulja Boy is making a mockery of his genre.

14. He’s can’t figure out what the least sacrilegious name he could give to a future son who would be the son of the Hova.

15. He’s finding out that New York isn’t the place where dreams are made of. Dreams are actually created in the subconscious.

17. His new line of fragrance for the elderly called “Money, Cash, Hoes” is failing in test groups with repeated comments saying “the only thing more offense than the name is the smell.”

18. He just can’t seem to break into the nursery school market with his record sales.

19. His life calling to be a wild life rescue official has been put on hold because of this little rap career. 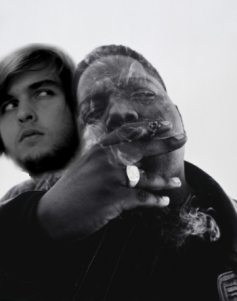 The other day I was listening to The Notorious B.I.G., like I typically do on those lazy Monday afternoons, and I started noticing something in his music that I never have before. The song was “Juicy” from his debut album “Ready To Die.” I have always loved his phat beats under his illustrious flow but I never looked far past that. As I listened to his lyrics I realized that Biggie and I have very similar lifestyles. Not even just that, but we seem to have nearly exactly the same life experiences. This got me to thinking. Are Biggie Smalls and I the same person?

Biggie opens the track with some shout outs (something that I LOVE to do). He says the song is dedicated to teacher’s who said he would never amount to nothing. I can relate to this. I’ve had a couple times in college where I have gotten C’s on a paper and the professor would point out the flaws in their comments. It was basically like telling me I would never amount to anything. He think gives another shout out to the people who lived in the houses he hustled in front of. These people also called the police on him when all he was doing was trying to make money to feed his daughter. That line gives me goosebumps because it’s so similar to my life. Last summer I worked a job street canvassing for the ASPCA, trying to get people to donate money on the streets. People would be so cruel to me and sometimes store security would tell me to go somewhere else. I was just trying to feed myself and save poor, defenseless puppies! Just like Biggie!

It was all a dream
I used to read Word Up magazine
Salt’n’Pepa and Heavy D up in the limousine
Hangin’ pictures on my wall
Every Saturday Rap Attack, Mr. Magic, Marley Marl
I let my tape rock ’til my tape popped

Biggie then goes into this rhymes with the famous introduction “It was all a dream, I used to read What Up magazine.” Interesting, because I WANT TO WRITE FOR A MAGAZINE SOMEDAY AND BIGGIE READ MAGAZINES. Also, it should be noted that I also hang pictures on my wall. I also like to listen to rap on Saturdays.

Way back, when I had the red and black lumberjack
With the hat to match 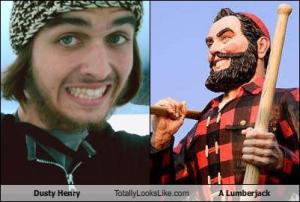 This speaks for itself.

I’m blowin’ up like you thought I would
Call the crib, same number same hood
It’s all good

This blog is explicit evidence that I have also blown up. Also, I’ve had the same number since I was 13 years old. It’s all good.

Super Nintendo, Sega Genesis
When I was dead broke, man I couldn’t picture this

I had a Sega Genesis. My step brother had a Super Nintendo. I remember when our parents got married I came to the realization that we were going to have both of these systems. I thought, “Man, I couldn’t picture this!”

No heat, wonder why Christmas missed us
Birthdays was the worst days
Now we sip champagne when we thirst-ay

Sometimes during the holiday season I think that we have MISSED the Christmas meaning. Also, I drank a glass of champagne on New Year’s Eve. I was thirst-ay. Really, it is impossible to ignore the similarities. Although the only thing I can think of that really separates us is the fact that he’s East Coast and I’m West Coast… 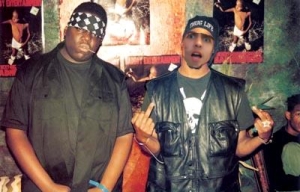 And if you don’t know, now you know.

Error: Twitter did not respond. Please wait a few minutes and refresh this page.