My senior year of high school one of best friends Brandon’s sister backed up into my car in their driveway, crushing the fender. She felt terrible, but everyone was cool with it and we worked it out. Her parents paid for the repairs and in the meantime let me drive her car while mine was in the shop (they had a lot of cars, so it wasn’t a big deal). This was sort of like winning the lottery of car accidents. Instead of driving around my old car with peeling paint, I got to drive a brand new blue Volvo sports car for over a month. Our buddy Austin joked the whole time wishing his car had got hit instead.

My Nissan 300Z was older and was really the only car I’d ever driven much. I loved that car, but it doesn’t handle anything like a new car does. Turns were easier, the sound system was clear, and the acceleration was effortless. For an 18 year old guy, this felt amazing. There’s some weird fascination with driving in high school. You get obsessed with speed – even if you’re not a speed demon or care about cars at all – you just feel this power that’s been withheld from you for so long. But with this Volvo, I didn’t have to try and go fast. It just happened so naturally I didn’t even realize it was happening.

As I was driving back to school from a doctor’s appointment, just a few days after getting the Volvo, and I felt great. The sun was shining, the roads were open, and I had R.E.M.’s “Man On The Moon” playing in the stereo (a very underrated “lets f*** shit up” song…well actually,no. No it’s not). I was so entranced in my little Andy Kaufman pipe-dream that I didn’t notice the speedometer going up. And that’s when I saw the cop on the side of the highway. I tried to put on my breaks to slow down but it was too late. He turned on his lights and I pulled over. He told me he clocked me in at 80 mph and asked for my license, registration, and proof of insurance. I reached toward the glove box and opened it only to have a bottle of prescription pills fall out. It wasn’t anything weird or illegal, but I didn’t know they were there. I freaked out. This wasn’t helping my case at all.

“I..uhhh…this is my friend’s ehhhh sisters car….I uhh am supposed to be on the uhhh insurance…I think,” I said.

“I’ll take your word for it,” he said. I’m not sure why though. This seemed like a pretty suspicious situation to me.

He gave me a speeding ticket and I went back to school, feeling defeated. I called Brandon’s dad from the student parking lot and pleaded apologies – mentioning repeatedly how I had betrayed his trust and how guilty I felt and how it would not happen again. I think he mostly thought it was funny and assured me I had nothing to worry about. I’m still thankful for how cool he was about it. My parents, on the other hand, were a bit livid. A classmate told that I should get the ticketed deferred, something you can do only once every seven years in Washington state to have the ticket scrapped off your record, and then pay off the fine with volunteer hours. This was going to be the most effective way for me to pay for it, so I went ahead with it.

Later that year I did a senior project job shadow at The Vera Project, following their stage managers for a few days and reporting on it. I fell in love with the venue through the process and everything they stood for. Sometime after I realized The Vera was a non-profit and qualified for my volunteer hours to pay off my fine. Well, I couldn’t have asked for anything better. I emailed The Vera and they mentioned they needed some volunteers to work at their booth at Capitol Hill Block Party. I’d never been but decided to sign up for both days.

It was a pretty incredible way to pay off a ticket. I’d sit at a booth and hand out buttons and stickers for an hour or two then would go prowl the other stages with my friend Nate before going back to work again. I got to see Vampire Weekend and Chromeo while checking out some new bands as well. Having learned my lesson from the first day, I brought a backpack full of water bottles to keep hydrated during the sweltering heat. It probably wasn’t the most “green” option, but I wasn’t too concerned with that at the time.

That night during my shift, I was asked to run the merch table for the bands while they played. Primarily, for a band called Grand Ole Party. I had no idea who they were and it didn’t seem like many other people did either. From what I recall, they played a decent alternative rock set that reminded me a lot of Pretty Girls Make Graves. I thought it was pretty good, but others thought it was amazing. Their crowd grow more and more as the set progressed. About halfway through the set, a swarm of people started to come over to the merch table. At first it was just a few CDs, but by the end of their set I had sold the band’s entire stock. People were shoving money in my face and I struggled to keep track who was handing me what and tried to quickly calculate how much I owed them while making change with other customers.

After the CDs were gone I told people we only had vinyl copies. A few people complained that they didn’t even have a record player, but somehow I said the right words to convince them to buy it anyway. Once it died down the band came over to take over. When I told them I sold all of their CDs and all but two of their vinyl records, they were floored. Their elation was infectious. I felt really happy for them. Even if I wasn’t totally sold on their music, this seemed like a big deal for them and I was happy I could be a part of it. They were so thrilled that they offered me one of the records for free. I wasn’t sure if it was totally ethical to accept a gift while volunteering, but I took it anyway.

I sat at the booth for a little bit doing some merch for Natalie Portman’s Shaved Head but was shortly after relieved of duties. I had the stage manager sign off on my volunteer time sheet and rushed over to the main stage to see DeVotchKa. I’d lost track of Nate at this point – he met up with some other friends while he was there. But it didn’t matter. I was just so excited to see DeVotchKa play that I didn’t care if I was going to see them alone or not. I sneaked my way near the front on the right side of the stage. As the set picked up, everything turned into a giant dance party. I don’t usually dance unless I’m being goofy with friends, but this night was an exception. I did my stiff, white boy sway to the tunes of “We’re Leaving” as a group of drunk people bounced around near me. Things got rowdier and turned into a joyful, dance mosh. Someone bumped into me and my Grand Ole Party record flew out of my hands and onto the ground. I was sure it was gone forever. I had to wait an entire song before I could look for it. I spotted it near the end of the song and watched as people jumped up and down repeatedly on it. I picked it up and prayed it wasn’t broken but I couldn’t check yet. 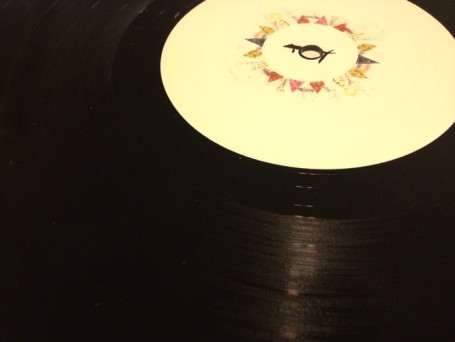 To my left, a man kept trying to dance with this girl. She would refuse and then a few minutes later he’d be back trying to bump and grind. She’d refuse again and the cycle repeated. He did this three or four times. Finally she took off her flip-flop and proceeded to hit him over the head with it. This was not a playful tap with her shoe; this was full on Mortal Kombat fatality intensity. She yelled “I TOLD YOU AGAIN AND AGAIN I DON’T WANT TO DANCE WITH YOU.” We all applauded. I felt a sense of camaraderie with the group.

I walked with Nate and his friends after the set down to the ferry. We were all jazzed about DeVotchKa’s show. We split ways at the terminal as they caught the Bambridge Ferry and I got on the Bremerton Ferry. I opened the record in my booth to see if it was shattered. To my surprise, it looked flawless. I opened my backpack and pulled out my last water bottle. I already had to use the bathroom, but I came up with a grand plan. I was getting really tired and I still had to drive home once I got off the ferry. I also getting really hyped up when I reallllly have to use the bathroom and I already felt the urge coming on. If I drank this last bottle of water, then that would likely give me enough energy to make it home.

Well, it did work.

In the car (my own car, not the Volvo at this point) I felt like I was on speed. I played Jeff Buckley’s “Eternal Life” on repeat and frantically yelled along with it as I squirmed and jostled in my driver’s seat. I felt like I made record time getting home. I walked through the door at three in the morning, my dad asleep on the couch, and clutching my new record. I felt satisfied with a weekend of music and helping a band get their music out there to people, if even in a small way. But mostly, I just really had to pee. 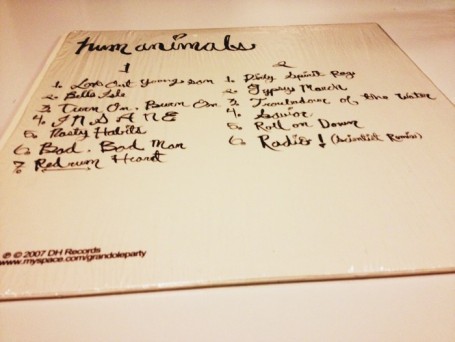 What are “Wax Stories?”

Error: Twitter did not respond. Please wait a few minutes and refresh this page.